An Open Letter To Coronavirus

I have written previously about our initiative of bringing India closer through open letters. The initiative definitely touched a chord with people all around us, with over 15 million views and close to 300 open letters coming from all parts of the country. 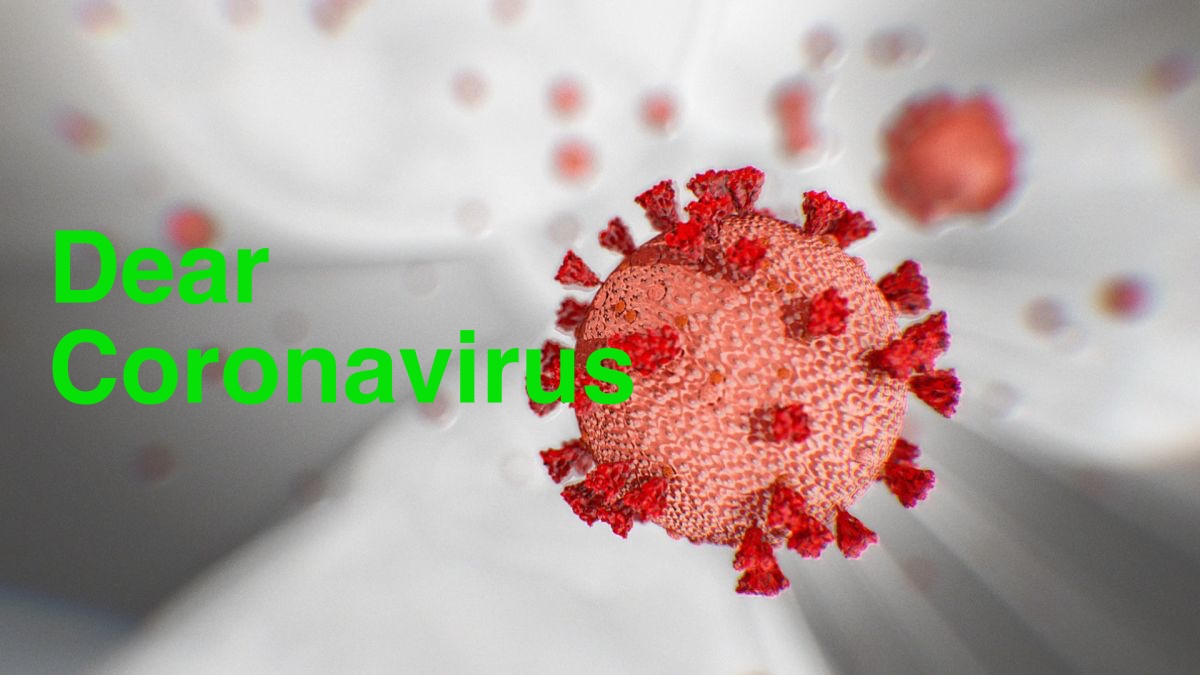 But finally, I’ve had it. Even I wanted to write an open letter. I started with a simple draft:

While it conveyed the general feeling, these six words fell woefully short of expressing the depths of emotion that I felt for this…vile thing. So, here goes:

I am what one would call a loner, pretty comfortable with spending time alone, reading, writing or walking. I am also, on balance, an unexpressive person, having been called everything from a humanoid robot to a zombie, including on my performance evaluation form a decade ago, long before I became an entrepreneur. But now that you are here, you compel me to express myself pretty openly to you.

According to the Internet, the weight of one virus is supposed to be 0.85 attograms (0.85 X 10 to the power of -18 grams), or about one millionth of a trillionth of 1 gram. So 70 billion viruses, enough to make one person sick, is about 0.0000005 grams. With over 2 million sick people worldwide, that adds up to 1 gram worth of virus. Yes, you are a stud, and you’ve made your point that 1 gram worth of you, can bring a brief pause to mankind. But that is all it is – a brief pause.

But if you thought that you’ve had your victory, boy, are you wrong. As a species, we’ve been killing ourselves far longer than you can even imagine. You, a tiny speck of RNA and without a brain of any kind, may find this hard to comprehend, but it is the truth. We have been hacking away the trees that give us precious oxygen, we have used up large reserves of fossil fuels formed over million years within a century, and don’t even get me started on the air we breathe and the water we drink. We have had a self-destructive streak in us for a long long time and the moment there is a vaccine on the horizon or a treatment regimen that works even partially, we’re going to go back to killing ourselves just like before.

We are doing quite well on our own without your help, thank you very much.

If you thought that your sheer presence would scare us to stay inside our homes, sanitize, and maintain hygiene, think again. We really don’t give a sh*t about you, if you care to look around. The minute the liquor stores were open, we were jumping all over each other to lay our hands on the precious elixir of life that we refer to as alcohol. Social distancing be damned, we care only about where our next drink is going to come from. Important side note – alcohol is what kills you.

By the way, while DBC (death by corona) is a distant spectre, death by hunger is much more imminent. So here again, you fall short with respect to your scare quotient. When hunger is staring at millions of us in the eye, do you really think you could walk in here with your pointy head and get us to stop working? Nah. We either want to get to our homes hundreds of miles away, or want to work for our daily bread, or die trying. You come somewhere down the list in getting us to do your bidding with your scare tactics.

Despite all of these warnings, if you continue to stay and use humans as hosts, you are in for a tough time. You won’t be able to enjoy your stay, because there is an orange-hued world leader of a ‘developed’ country, advising people to drink bleach as a way to kill you. Imagine that. There’s another world leader in one of the Koreas, whose name sounds like someone is being hit in the solar plexus while talking, who is rumoured to be shooting dead anyone with even the remotest symptoms resembling your hallowed presence. There are many other countries that believe that you are a toothless and powerless virus that will visit like an unwanted guest and then disappear, leaving behind antibodies that won’t let you visit again. I heard they’re calling it herd immunity, pun unintended.

So, we’ve proved that we don’t need you to do the killing, you don’t really scare us, and in fact, staying would be detrimental to your own survival. You’re better off living in bats, who at least nurture you, and let you grow in them. There is better job satisfaction where you came from. The grass seemed greener this side, but it is actually not. Hope I have convinced you to return home.

Godspeed, and may we never see you again.

The Nature Of Suffering

Crystal Gazing – How The Post-COVID-19 India Will Look Like